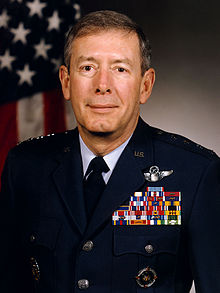 General Charles Graham Boyd is a retired four-star general of the United States Air Force. Boyd is a highly decorated combat pilot who served in Vietnam; and is the only Vietnam War prisoner of war (1966–1973) to reach the four-star rank (1992). His final Air Force assignment was as deputy commander in chief, U.S. European Command, Stuttgart-Vaihingen, Germany. He retired from the Air Force in 1995 and has remained active in the national security realm, including as a program director of the Council on Foreign Relations and as president of Business Executives for National Security. He is a member of the guiding coalition of the Project on National Security Reform. 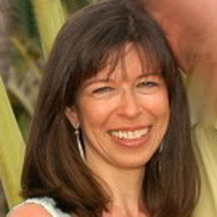 Alicia Tanz Flaum is currently Director of 60 Minutes. Her 35 year career in Production at CBS News has taken her from daily hard news coverage on The CBS Evening News broadcasts with Walter Cronkite and Dan Rather to special events such as NASA’s Space Shuttle launches and presidential elections to longer-form programs such as Sunday Morning with Charles Kuralt and 60 Minutes, where she took her current position in 2007.

Alicia is a 1977 graduate of Smith College. She has recently served on the board of directors of a grassroots animal-welfare spay/neuter initiative in NYC. As the daughter of a World War II veteran, Alicia is happy to have the opportunity to show support of our military through her involvement in Freedom Day. 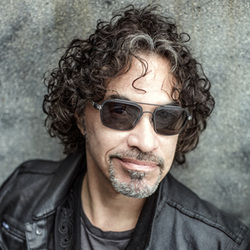 John Oates was destined to be a musician. Singing from the time he could talk and playing the guitar since the age of five, his calling in life was never in question. Born in New York City, his family moved to a small town outside of Philadelphia Pennsylvania in the early 50's ....a move that would change the course of his life. Like most kids at that time, the impact of the early days of rock left an lasting impression on John. At the age of four he witnessed his first live concert: Bill Haley and the Comets playing their classic rockabilly hits at a local amusement park.

Since the formation of their partnership in the early 70's Hall & Oates have gone on to record 21 albums which have sold over 80 million units making them the most successful duo in rock history. They have scored 10 number one records, over 20 top 40 hits and have toured the world for decades. Their involvement in the original "Live Aid" concert and the ground breaking "We Are The World" charity recording have further established them as legendary artists who have personally and through their music, stood the test of time. Their influence on modern pop music has been cited by numerous contemporary bands, like the Gym Class Heroes and the Killers, who have credited and acknowledged H&O's considerable contribution to American music.

In addition to their numerous American Music and MTV awards, in 2005 they were inducted into the American Songwriters Hall of Fame and in May of 2008 will be presented the prestigious BMI Icon Award for their outstanding career achievement in song writing.

John has recently been invited to become a member of the board of directors for the R&B Foundation and continues to support many national and local charities. He has just finished recording his third solo album entitled: " Mississippi Mile " in Nashville featuring an amazing collection of some of the world's top musicians.

When, not touring with his solo show or Hall & Oates, he resides with his wife and son in the Rocky Mountains of Colorado on their ranch along with 3 dogs, a flock of Emus, Llamas and Alpacas. In his free time he enjoys driving his tractor, riding his mountain bike, hiking the backcountry and telemark skiing.